The Redskins spent the week shoring up their defensive line and have now begun to address the secondary by signing former San Francisco 49ers cornerback Chris Culliver.

The deal is worth four years, $32 million, according to NFL Network’s Ian Rapoport and Yahoo Sports’ Rand Getlin.

The 26-year-old was selected in the third round (80th overall) of the 2011 draft by the 49ers. He arrives in Washington with a checkered past. He was in hot water after making homophobic remarks the week leading up to Super Bowl XLVII, insensitive comments toward women months later and was charged with a felony and two misdemeanors last year after hitting a bicyclist with his vehicle and threatening a witness with brass knuckles, according to police.

While Culliver makes it the fourth defensive signing in the last two and a half weeks, the Redskins lost their first defender in free agency.

Orakpo was selected 13th overall by the Redskins in 2009 and registered 40 sacks in his six seasons in Washington.

He was converted from defensive end to linebacker coming out of the University of Texas. He had some highlights throughout his career but will likely be known more for his untapped potential and injuries. 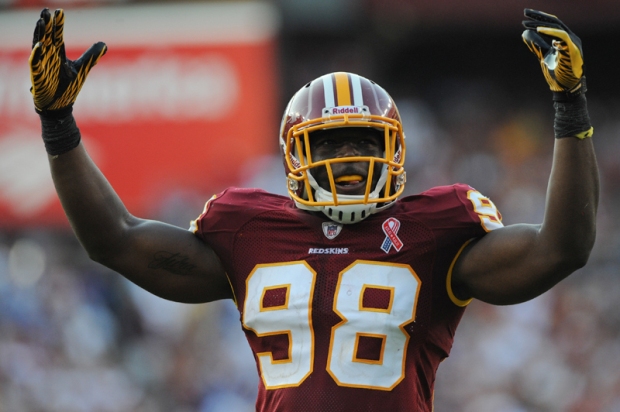