The weather in State College, PA was setting up well for the Maryland Terrapins as they closed out their regular season schedule against the 12th-ranked Penn State Nittany Lions.

With sleet pouring down to create a sloppy field at Beaver Stadium, the conditions were ripe for Maryland manage the tempo of the game since they’ve evolved into a primarily ground-based offense.

As recent history has indicated, the Terps proved to be no match against a Penn State team hosting its Senior Day. On Saturday, Maryland was dominated and beaten at its own game, with the Nittany Lions racking up 310 yards on the ground against an outmatched Terrapins defense on the way to a 38-3 blowout loss in Happy Valley. END_OF_DOCUMENT_TOKEN_TO_BE_REPLACED

The Maryland Terrapins shocked the college football world last September when they handled the No. 23 Texas Longhorns, 51-41, in Austin.

Fast forward 364 days and the Terps were looking to do the same thing when they hosted 23rd-ranked Texas at FedEx Field Saturday afternoon in the second of a two-year home-and-home arrangement. This time, however, it would have to be under much different circumstances.

END_OF_DOCUMENT_TOKEN_TO_BE_REPLACED 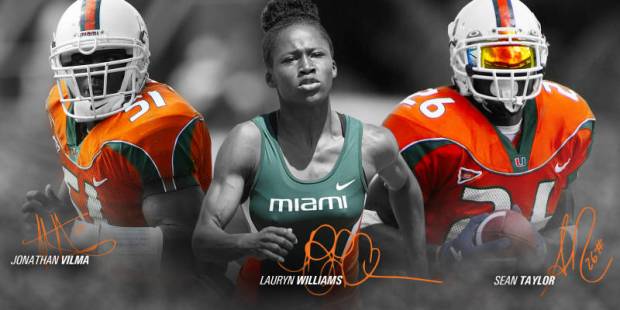 The late Sean Taylor will be inducted into his alma mater’s sports hall of fame in 2015. Image via hurricanesports.com.

Former Washington Redskins safety Sean Taylor will be one of 10 former Hurricanes inducted into the University of Miami Sports Hall of Fame in 2015, the university announced Monday. END_OF_DOCUMENT_TOKEN_TO_BE_REPLACED

Former Navy safety Wave Ryder waits for the Midshipmen to be introduced before their game against South Alabama on November 16, 2013. Photo by Jake Russell.

On Wednesday, November 7, 2012, the Jeopardy clue read “Perhaps the most appropriate name ever: Wave Ryder, of this service academy.”

It’s not often someone gets to literally and figuratively live out his name. But that’s exactly what former Navy football player Wave Ryder has done since childhood.

What Ryder and those who know him will say is that he’s more than a Jeopardy clue. END_OF_DOCUMENT_TOKEN_TO_BE_REPLACED

Moving from the ACC to the Big Ten has been quite the adjustment for fans of the Maryland Terrapins. Some have acclimated themselves with the move quite well. Some, not so much.

While the Terps consistently perform well in lacrosse, field hockey, soccer, women’s basketball and recently completed the best baseball season in its history, all eyes will be on how the football and men’s basketball teams adapt to the move to a conference with predominantly Midwestern schools. 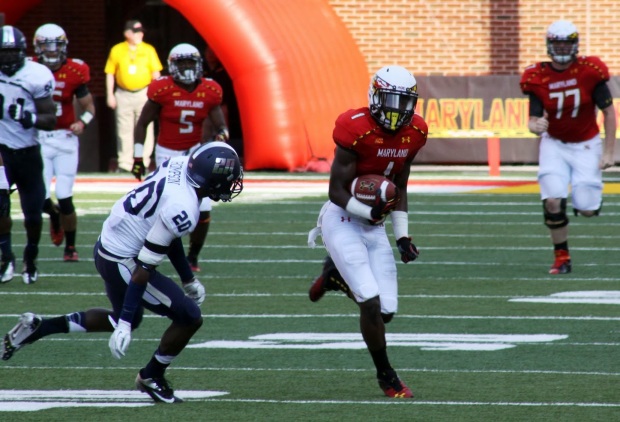 END_OF_DOCUMENT_TOKEN_TO_BE_REPLACED

Over the last 29 days, the University of Maryland has done a good job of getting fans ready for the move from the ACC to the Big Ten, which becomes official tomorrow. Through its Twitter account (@umterps), Maryland has produced some quick-hitting “infoegraphics” to give fans knowledge on their new rivals.

Without further ado, here is the collection of all 13 Big Ten opponent “infoegraphics” put together by the Terps. END_OF_DOCUMENT_TOKEN_TO_BE_REPLACED

The University of Maryland has apparently been gearing up for its upcoming move to the Big Ten Conference (which will be made official on July 1) by shipping out pairs of University of Maryland/Big Ten sunglasses to former athletes, coaches, board of trustees and media members. It’s reach on Twitter is far and wide.

The school plans a two-day celebration including a “Big Ten Night” at Nationals Park on June 30 and an on-campus celebration on July 1, the official day of the move.