For as long as I can remember, I’ve obtained NFL preview magazines every year to break down rosters, analyze team pickups, look over league-wide predictions, and on top of it all, see how the Redskins stacked up against the rest of the league and the NFC East.

That obsession of buying these magazines continues to this day, with fewer to choose from than in years past but just enough to get me ready for training camp in the doldrums of the sports calendar.

Let’s take a look at how they predicted the Redskins to finish in the NFC East this season. Spoiler alert: It’s not first. Or second. Or third. 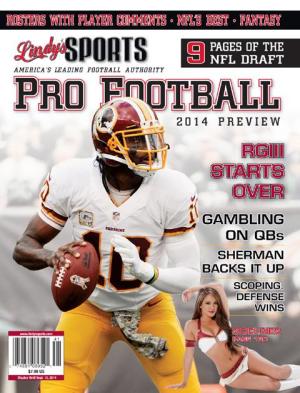 Prediction: 4th NFC East
Power Rankings: None
Analysis: “Not far behind in competitive division, they can climb higher with more consistency from RGIII.” – Howard Balzer
Notable Anecdote: Trent Williams was ranked as the 12th best left tackle in the NFL. No other Redskins offensive lineman was ranked in the top 10 at their position. 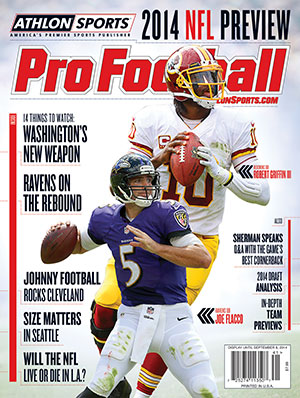 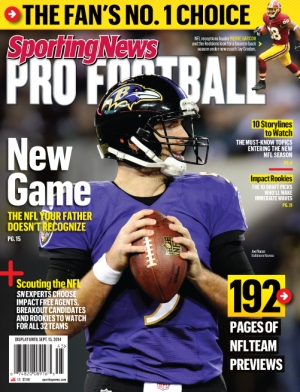 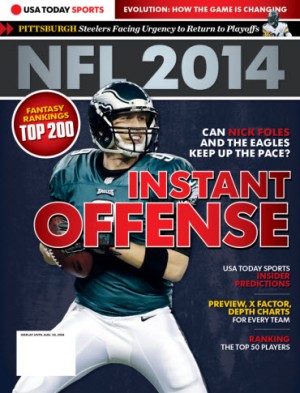 Prediction: 2nd NFC East (7-9) – via Nate Davis
Power Rankings: 16th NFC, 30th overall
Analysis: “If line and RGIII’s knee hold up, this offense will be hard to slow down. But defense might be year away.”
Notable Anecdote(s): Contrary to the 30th overall ranking given to them earlier in the magazine, the Redskins are named the top NFC team on the rise in the conference’s preview section. Maggie Hendricks ranked Jay Gruden as the seventh best (out of seven) head coaching hire this offseason. Jim Corbett predicts Griffin will be named the NFL Comeback Player of the Year after the 2014 season. 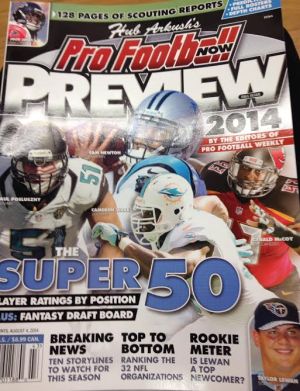 Prediction: 4th NFC East (4-12)
Power Rankings: 16th NFC, 32nd overall
Analysis: “A quick turnaround is not out of the question for the Redskins in the up-for-grabs NFC East. But Robert Griffin must try harder than ever to avoid unnecessary hits, and newcomer DeSean Jackson must keep his head on straight. A fast start is quite possible with winnable games against the Texans and Jaguars the first two weeks of the season.”
Notable Anecdote(s): In a Top 50 player power ranking, Alfred Morris was the only Redskin listed, coming in at number 39. “Re-establishing RGIII” was named the sixth biggest storyline heading into the NFL season. And in a list classifying organizations as “the elite,” “good but not great,” “stuck in the middle,” “bad but could be worse,” and “the clueless,” the Redskins were classified as one of the nine “clueless” franchises.