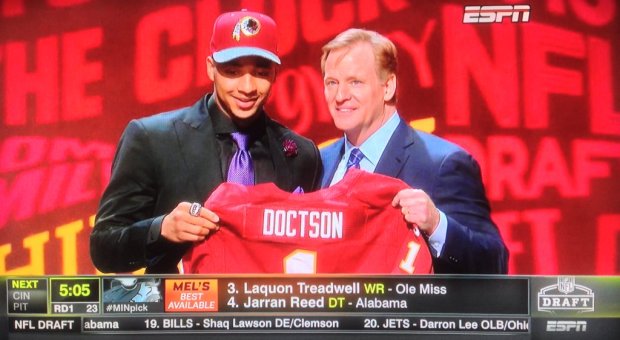 The Washington Redskins needed a change in attitude along the offensive line and they got that in the form of former Iowa Hawkeye road grader Brandon Scherff at fifth overall.

Scherff is the fifth offensive lineman selected in the first round in team history. Sixth if you count TCU’s I.B. Hale, a tackle drafted eighth overall in the 1939 NFL Draft.