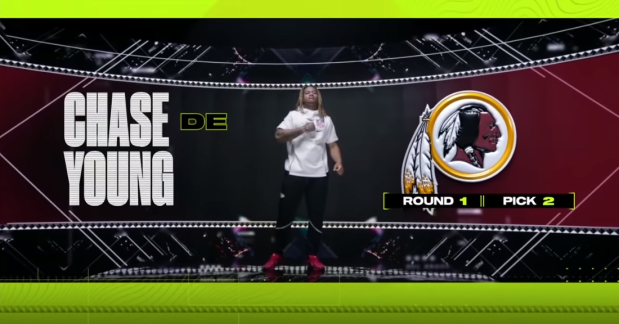 For the second year in a row, the Redskins took a local product with their first pick. This time it was edge rusher Chase Young, who is considered to be the best defensive player in the draft. (Image via ESPN/YouTube)