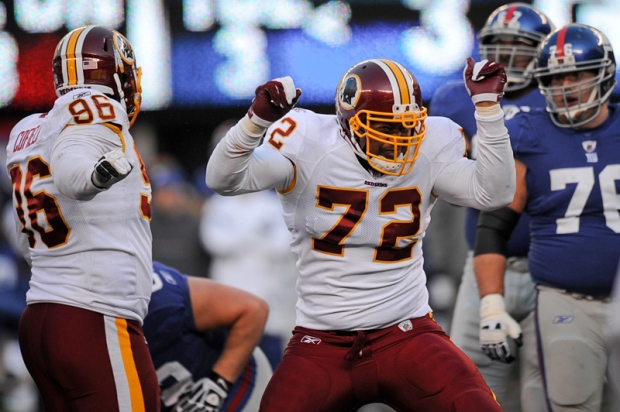 Releasing Bowen saves the Redskins $5.5 million in salary cap space. He would have counted $8.02 million against the cap if kept on the roster.

Compton, 25, was selected by the Redskins in the sixth-round of the 2012 draft out of South Dakota. He was slated to become a restricted free agent on March 10. With the Redskins looking for solutions at right tackle, Compton appeared in all 16 games in 2014, starting in place of incumbent Tyler Polumbus during the final nine contests.

It’s expected that competition at right tackle will be brought in through free agency, the draft or even both.