The Redskins kicked off their second year of training camp in Richmond on Thursday morning during what started out as very a rainy practice.

Enjoy some photos of the first training camp practice of 2014. 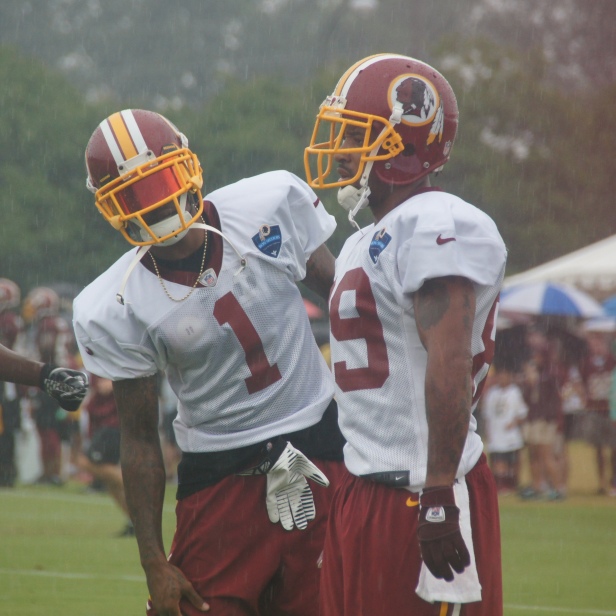 Running back Chris Thompson makes a cut on a return.

Running back Chris Thompson heads upfield on a return.

Running back Roy Helu, Jr. looks for a hole in the defense.

Ryan Clark points to the crowd.

Clifton Geathers walks with some young fans after practice.